Mysteries of the Special Collections: An Exploration of Rare Manuscripts in the Archives

In November 2012, members of the Walter Prescott Webb Society at UT Tyler were invited to tour the University Archives and Special Collections department (UASC). During this tour, history major Daniel Parker asked what might have been an inconsequential question: “What is the oldest book in the UASC?” The surprising answer sparked a new wave of interest in of UT Tyler’s best kept secrets.

According to the UT Tyler catalog, the oldest books in the UASC closed stacks were published in the later 18th century.  However, the UASC also maintains a special collection of rare books and manuscripts that is secured in a temperature controlled room well beyond the public eye. English major Michael Cerliano curated an exhibit of the unique items in 2008 under the supervision of University Archivist and Special Collections librarian Déirdre Joyce. UASC accession records indicate that the first of these rare manuscripts probably came to the University through private donations in the 1980s, with subsequent additions purchased by library staff at local estate sales. 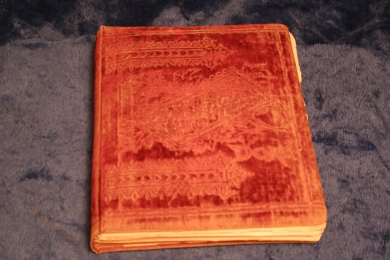 Among the most compelling items are an 18th century German elector Bible (Nuremberg, 1770), a 17th century hand-illuminated Genealogy of the Family of Philip III Habsburg of Spain (1618) from Colonial Mexico, a late 19th century velvet bound edition of Milton’s Paradise Lost, and a 16th century compendium of Roman history by Eutropius (1533, Basel). Additional items of interest include an early unabridged edition of Webster’s American Dictionary of the English Language (1865, Massachusetts), and several ornately decorated gift books from the 19th century. The lavishly illustrated gift books feature works by Alfred Tennyson, Geoffrey Chaucer, Thomas Moore, and others.

Hand-inked illumination from the genealogy of Philip III

As a result of determined advocacy by Webb Society officers, a number of faculty members (representing the English, History, Art, Anthropology, and various Language departments) have expressed scholarly interest in the manuscripts.  Manuscripts may be viewed in the UASC reading room (Lib 107) under the supervision of UASC staff. 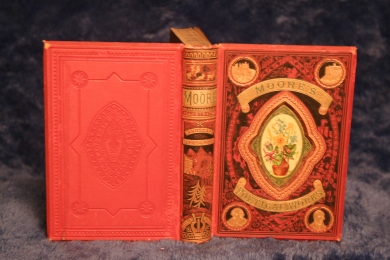 Preserving rare manuscripts is just one of the missions of the UASC. To learn more about the UASC and what we do, visit our official University website, check out the Muntz Archives Facebook page, or follow us on Twitter @muntzarchives.

Learn more about the 2008 exhibit “The Power of Books: Selections from the Special Collections at UT Tyler” here.